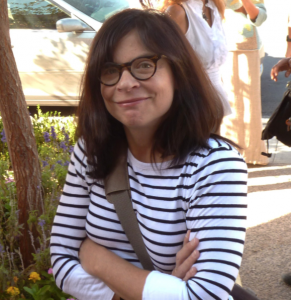 Adrienne Salinger has exhibited internationally in venues that include the Museum of Modern Art, the Art Institute of Chicago, Barcelona’s Fundación “la Caixa,” The New Museum, the National Gallery of Canada, the National Museum of American Art, the Museum of Contemporary Art (Chicago), and the Walker Art Center. In addition, her work is represented in a variety of permanent institutional collections, including the Los Angeles County Museum of Art, the Museum of Fine Arts (Houston), the Art Institute of Chicago, the International Polaroid Corporation, the Bibliothèque Nationale (Paris), and the National Gallery of Canada.
She has received numerous awards and fellowships, and her work appears in a wide array of books, as well as magazine and newspaper articles. Having lectured in the United States and Canada, she has also been featured on PBS Television, National Public Radio, MTV, and Radio National Australia.
Salinger has published three books: In My Room: Teenagers in Their Bedrooms (1995), with an introduction by Tobias Wolff; and Living Solo (1998) and Middle Aged Men.

Publications:
In My Room: Teenagers in Their Bedrooms