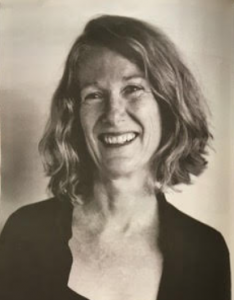 Ellen Babcock draws inspiration from landscapes and from panoply of materials, often scavenged or re-used, for her sculptures and installations. She has exhibited at numerous New Mexico and California venues, including SCA Contemporary Arts in Albuquerque and the New Mexico Museum of Art in Santa Fe, and the San Francisco Arts Commission Gallery, Southern Exposure, and the Exploratorium in San Francisco. Ellen assisted many internationally renowned artists as a technician and materials researcher with the Art Foundry in Santa Fe, New Mexico from 1985-1999.  She moved to San Francisco in 2000 to pursue an MFA at the California College of the Arts, and while in California, completed artist residencies at Recology and the Fine Arts Museums of San Francisco. Ellen was awarded the Cadogan Fellowship, the Dennis Leon faculty award, and the Headlands Center for the Arts studio award, and was a Headlands affiliate artist from 2002-2004. She became Assistant Professor of Sculpture at the University of New Mexico in Albuquerque in 2009, and in the same year founded Friends of the Orphan Signs, an organization that sites collaboratively produced public art in abandoned signage.
Since 2009, FOS has created numerous public artworks and events, and has received funding from the National Endowment for the Arts, the McCune Foundation and the Black Rock Arts Foundation, among others. The FOS project, Revivir, a neon sign/artwork, received the Americans for the Arts Outstanding Public Art Project award in 2012.