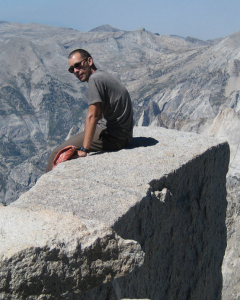 Matthew Rangel is from the San Joaquin Valley of California where he grew up surrounded by large-scale agricultural production beneath the Sierra Nevada Mountains. This underserved region challenged with socioeconomic, ecological and environmental concerns played a significant role in Rangel’s creative inquiry of how human constructs of land shape his embodiment of place. Framed by the graphically encoded language of cartography Rangel’s traditional and digital printmaking explorations begin with adventurous topographic field research involving a variety of different disciplines including extended cross-county navigation, observation-based drawing, photography, ecological, ethnographic and historic inquiry.
Matthew Rangel received a MFA in printmaking from the University of Alberta and a BFA in Drawing/Painting and Printmaking from California State University Long Beach. His work has been featured in international publications, nationally and internationally exhibitions and he is included in collections such as the Stonehouse Residency for the Contemporary Arts, the White House in Washington DC, the Urban Land Institute, and Mount Tai National Park in China.
Matthew Rangel served his former community through volunteer and leadership roles while teaching at the College of the Sequoias, in California where he organized a series of community events called The Kaweah Land & Arts Festival featuring scholars, artists, nature enthusiasts and local non-profit groups who collaborated on public events. Matthew Rangel is currently an Assistant Professor of Printmaking at the University of New Mexico.