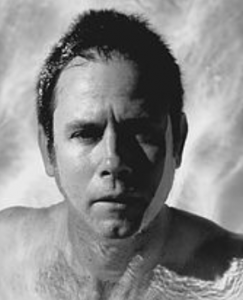 Michael Cook was born in Puerto Rico and educated in The United Kingdom and the United States. Upon finishing graduate school he accepted an appointment at the University of Illinois at Urbana Champaign where he began work on his nuclear and thermonuclear paintings, one the earliest concentrated bodies of work in painting that examined the development and use of the atom by conflating the visual language of alchemical notation and particle physics. Throughout his work Michael Cook has conflated painting pictorial conventions and practice to question their distance from authentic experience. This work and later projects have explored the definition of landscape. Expanding the understanding of ” landscape” beyond the literal image of geography has been at the core of his concerns by employing a method of visual semiotics. As Kathleen Stewart Howe wrote in her essay on the exhibition Veneer; “What are the conditions under which objects become visible in culture? What is the personal and human significance of those visual manifestations? These are questions Cook has pursued in his paintings since the bubble chamber paintings of the late 1970’s.”

Michael Cook’s rich and varied work has been exhibited widely in such venues as The New Museum, New York, The Museum of Contemporary Art, Chicago, Museum of Fine Arts in Santa Fe as well as commercial galleries. Exhibitions have received critical attention in The New York Times, Art News, The New Art Examiner, The San Francisco Chronicle and THE Magazine among others. He has been the recipient of a number of awards such as Outstanding Teacher of the Year and a prestigious National Endowment for the Arts Individual Artists Fellowship.