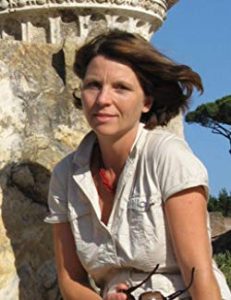 Susanne Anderson-Riedel joined the faculty of the Department of Art & Art History at the University of New Mexico in 2002. She teaches a range of undergraduate and graduate courses in the History of Graphic Arts, 18th- and 19th- Century European Art, Japanese Art, History of Design, as well as the introductory survey from Early Renaissance to Nineteenth Century Art. She has also taught at the University of California, Los Angeles and Oregon State University.
Her research focuses on French and German engraving, the status of graphic artists in the 18th and 19th centuries, and the art academy. Her book, “Creativity and Reproduction: Nineteenth-Century Engraving and the Academy” (2010), discusses the rise of engravers in the academic system and the acceptance of the graphic arts as an original and creative artistic genre.
Dr. Anderson-Riedel has extensive international experience having studied at the universities of Heidelberg, Marburg, Freiburg, and UCLA. She has spent extended periods conducting research in Paris, Rome, and Heidelberg, has participated at international conferences in France, Switzerland, Canada, the U.S., and is publishing in international peer-reviewed journals.

Publications:
Creativity and Reproduction: Nineteenth Century Engraving and the Academy