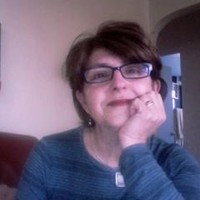 Mary Tsiongas is a multi-disciplinary artist whose work addresses human relationships to technology, the wilderness, and sometimes delves into longtime fascinations such as our perception of time, the physics of light, and memory.

Born in Greece and now based in New Mexico, Tsiongas has exhibited and lectured extensively for the past twenty years in over fifty exhibitions nationally and internationally. Venues include; ISEA 2014 in Dubai, the Lincoln Center in New York City, Nevada Museum of Art, Nevada, and the McColl Center in North Carolina. She is the recipient of several grants, awards and residencies including a WESTAF NEA grant, and residencies at UCROSS Foundation and the Headlands Center for the Arts. She was awarded Women to Watch 2015 by the National Museum of Women in the Arts and was included in the exhibition Organic Matters.

Tsiongas received her MFA from California College of the Arts and her BFA from Massachusetts College of Art. She initially pursued studies in the sciences and holds a BS in Research Biology from Boston College. She is a Professor in Electronic Media in Department of Art and an Associate Dean at the College of Fine Arts at the University of New Mexico.